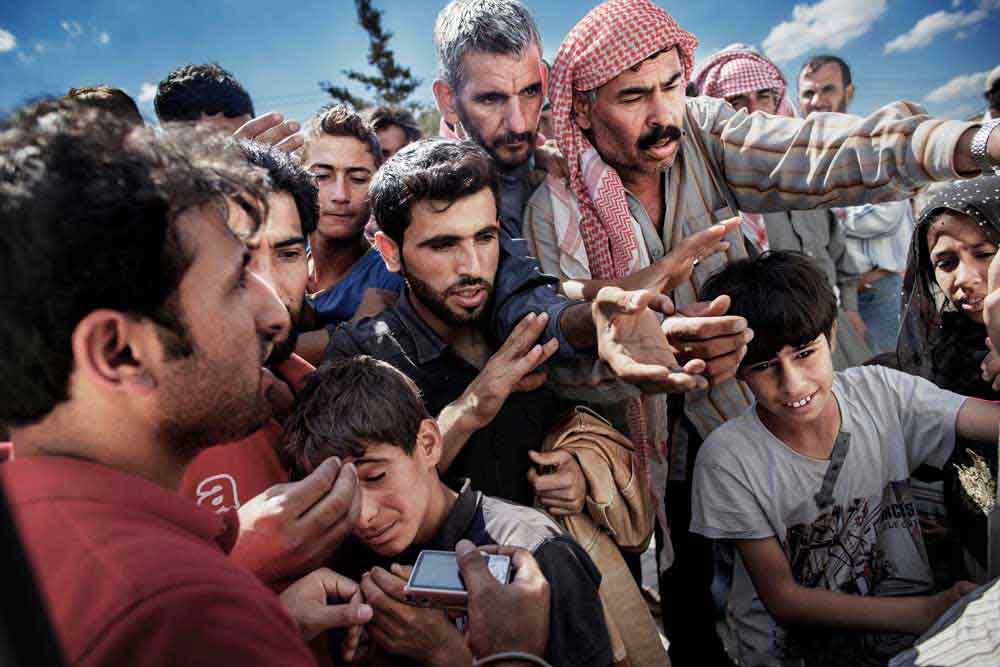 20 June I was in Akçakale on the Turkish side of the border with Syria (above) this summer, photographing migrants for the Norwegian newspaper VG. The border was closed and nothing much was going on, until a van stopped and volunteers inside started handing out things like soap and water. It was incredibly hot, 45C, and people were desperate. About 60 of them surrounded the van and somehow I managed to squeeze into the door to photograph them reaching out for these basic supplies. I was in front of everybody, so it seems like I’m the guy handing out the food.